The Kirtlington Garden Bird (KGB) survey has been running since KWACS was formed in 1997. It allows us to monitor trends in the populations and behaviour of the birds that visit gardens in all corners of the village.

The survey is easy to do, and participants can spend as little or as much time observing as they like. It is also fun to do as a family, and gives children a great introduction to birds and wildlife conservation. Most of the birds that we survey are very common, so very little knowledge is required (it doesn’t take long to learn how to identify the key species). See below for details of how you can take part.

Further below is a small gallery of some of the key KGB survey species.  Click on the thumbnail for a larger image.

How to take part

If you would like to take part in the survey then the forms can be downloaded from here and you can start straightaway (even if it is part way through the year). Please inform Ian Stone (icstone@btinternet.com) that you have started, so that they can add you to the participants list and provide you with fresh forms at the beginning of the next and subsequent survey years.

There are two survey forms. Sheet 1 is for is for a range of 20 common species. The results from this sheet are entered into a computer based record to allow us to observe trends in the behaviour of these key species over the long term. Sheet 2 is an open form for the recording of any other species that may visit your garden. An example of a completed survey Sheet 1 is shown below. 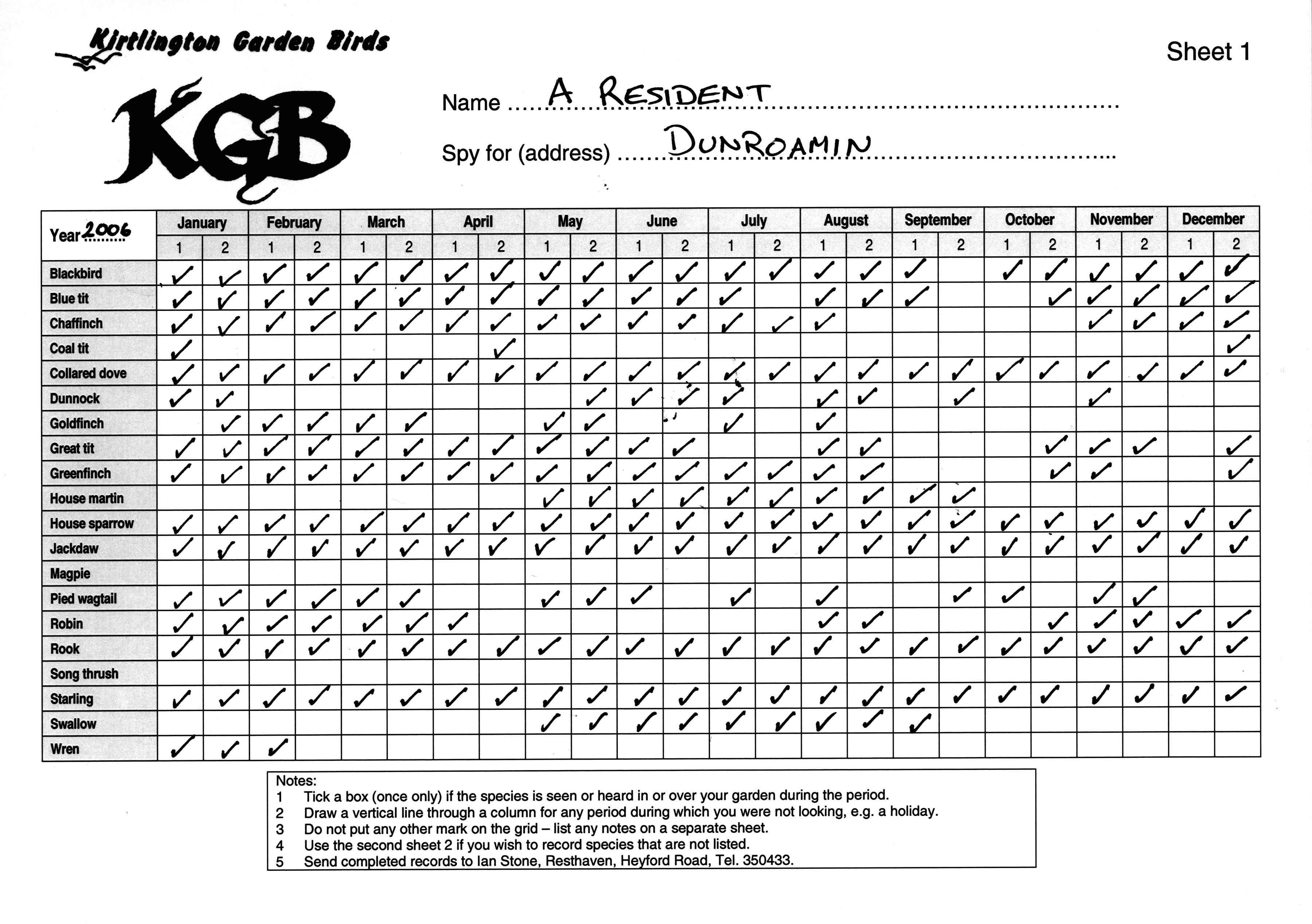 The survey is based on 24 half-month periods. All you have to do is enter your name, address and the year, and then for each half-month period tick the box (once only) if you see or hear the species in or over your garden. There is no need to count how many birds you see. Do not worry if you go on holiday are are unable to record during specific half-month periods: simply draw a vertical line through a column for any period that you were not recording. This allows us to take account of the number of recorders in each period.  At the end of the year survey forms should be returned to Ian Stone, at the address on the form, who collates and analyses the results.

Here is an example of the results for House Martins between 1997 and 2011. 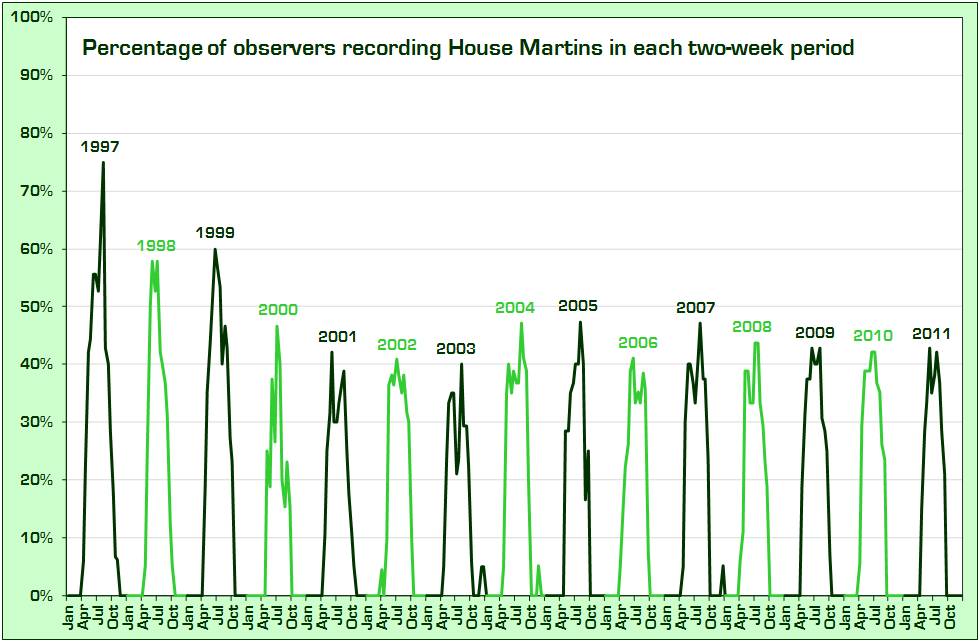 The graph shows for each recording period the percentage of observers that recorded these birds in or over their gardens. The results are shown in two shades of green to help show where one year ends and another year starts. The first thing that we can see is that no House Martins are recorded between about the end of October and the beginning of April. This is because House Martins are migratory birds that visit Britain in the summer to breed and then return to warmer, more southerly climes for the winter. The second thing that we can see is that when the survey started in 1997 the maximum percentage of observers recording these birds was about 75%. Over the next six years this value fell to about 40% suggesting that the number of birds visiting Kirtlington gardens was in decline. However, since 2004 the peak has remained at about 45% of recorders each year, suggesting that the number of visiting birds has stabilised.

Please use this form to report an incident or anti-social behaviour, which will be sent to Kirtlington Village Neighbourhood Watch. They may then … END_OF_DOCUMENT_TOKEN_TO_BE_REPLACED